Cryptocurrency and Blockchain is a relatively new technology that is difficult to understand in one go. As the exposure is increasing, the concept behind them is also getting clear to the larger community. Also, new services and products are launching on a daily basis diversifying the Blockchain network. One such technology is the Hyperledger of Linux Foundation. In this step by step Hyperledger Tutorial, let us try to understand more about the nascent project. 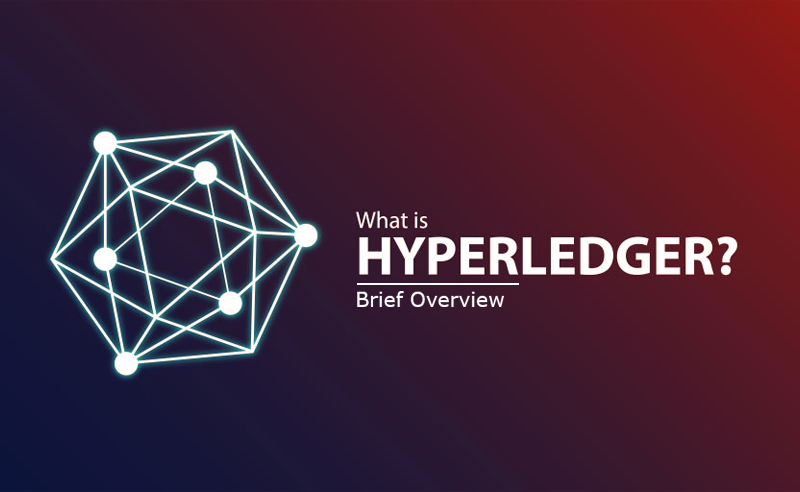 What is Hyperledger? Is it a company? Is it a cryptocurrency? Is it a Blockchain? In simple terms, Hyperledger is a platform for the development of Blockchain. As per the team of Hyperledger, it is an open-source collaborative effort which is designed to revamp cross-industry Blockchain technologies. Linux Foundation explains that Blockchain Technology has the potential to revolutionize the business processes by its unique features to ensure transparency, accountability, anonymity, and security. So, their team developed a platform for software developers and companies to meet the requirements by coordinating with each other to construct the Blockchain framework. Besides providing the technical knowledge and software architectures, users also got the opportunity to interact with experts of the industry who are members of Hyperledger like mobility tech giants Airbus and Daimler, IT Companies like IBM, Fujitsu, Nokia and many more.

Hyperledger Project of Linux Foundation includes more than 28000 participants and more than 3.6 million lines of code on Hyperledger GitHub. To strengthen the project, Hyperledger consists of 10 projects which include tools and frameworks to accelerate the development of businesses in terms of technology, framework, libraries, applications, and many more. Let us have a brief overview of these projects and tools in this Hyperledger Tutorial: 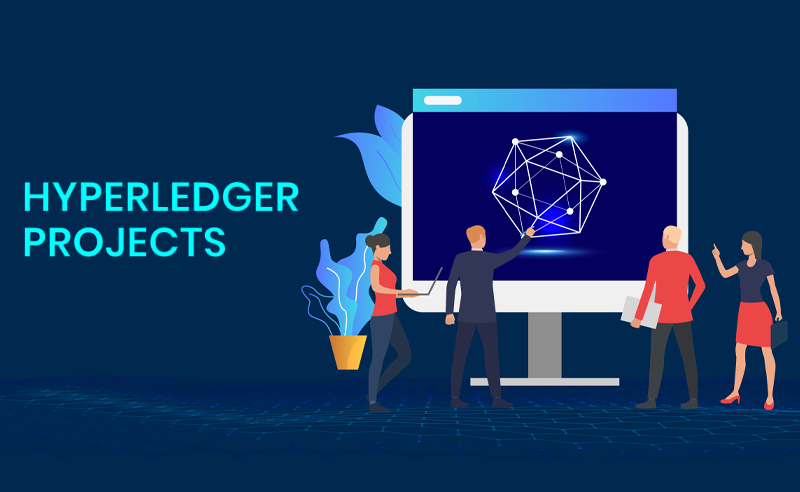 Hyperledger Burrow is hosted by the Linux Foundation to facilitate a modular Blockchain client to design a permissible smart contract machine with the specifics of Ethereum Virtual Machine (EVM). As the project follows the consensus mechanism of Proof-of-Stake, it is capable of offering high transaction throughput and transaction finality.

Hyperledger Indy is a project meant for maintaining a decentralized identity explicitly. It is a kind of distributed ledger which provides libraries reusable components and tools to design digital identities on the Blockchain network. One of the main aims of Project Indy is to maintain the security and privacy of identity while the users have control over their information shared. For instance, DigiPharm project is planning to launch a solution deploying Blockchain and smart contracts value-based payments in healthcare.

Hyperledger Iroha is a project incorporated by a few of the Japanese companies for the development of a framework for a Blockchain. The platform is managed by Linux Foundation to administer identity, serialize data, and digital which could be useful for CBDCs, national IDs, interbank settlements, and many more. Iroha works on the consensus mechanism of the Byzantine fault Tolerant Algorithm, which is supposed to provide high performance and facilitates transactions with low latency.

Hyperledger Grid project finds the application in maintaining the supply chain management on the  Blockchain network. It is capable of sharing capabilities to fasten the development of distributed ledgers to facilitate cross-industry supply chain solutions. Grid neither operates as Blockchain nor as an application but as an ecosystem for the development of solutions of the supply chain with the help of reusable and shared tools, allowing the developers to select the components for the appropriate market model.

Hyperledger Sawtooth is a blockchain platform to develop distributed ledger networks and applications for enterprises to maintain the isolation of core systems from the app domain. Developers can choose the coding language as per their choice while developing modules for transaction rules and consensus algorithms for the businesses. This project has a feature of an advanced scheduler that bifurcates transactions into parallel flows, protecting the network from double-spending. Hyperledger Sawtooth is a Blockchain suite which is developed by Intel.

Hyperledger Fabric or Hyperledger IBM is exclusively designed to facilitate the pluggable implementation of a number of components, to provide a resilient, scalable, and flexible economic ecosystem. This project ensures that unknown participants cannot enter the network by enrolling the members via a trusted membership service provider. Hyperledger Fabric is meant to strengthen the network of Business-to-Business (B2B) by strengthening the processes maintaining the confidentiality of shared data via consensus algorithms. For instance, Project Health Verity is constructed on Hyperledger Fabric for the purpose of maintaining the consent rights, both internally and externally among supply networks.

Hyperledger Caliper: Benchmark tool which helps users to calculate the performance of a particular Blockchain while utilizing the predefined use cases. The adaption layer of Caliper allows the integration of multiple Blockchain solutions into a single network.

Hyperledger Cello: Blockchain module toolkit aiming to adopt the “on-demand as-a-service” deployment model for the Blockchain ecosystem. Cello aims to decrease the efforts needed for the creation, maintenance, and termination of Blockchains.

Hyperledger Composer: Tool for strengthening the Blockchain networks. Hyperledger Composer leverages tools like node.js, CLI, and many other editors along with business-focussed abstractions and sample apps. For instance, the AID tech project deployed Composer to assure that funds are distributed among the intended ones, avoiding fraudulent.

Hyperledger Quilt: Business Blockchain tool which supports the interoperability of ledger systems with the implementation of Interledger Protocol (ILP). Quilt allows the hosting of both JavaScript and Java Interledger in Hyperledger projects.

Hyperledger Ursa: Shared cryptographic library which aids in reducing the duplicity of cryptographic works, hence enhancing the overall security of the network.

With the help of this Hyperledger tutorial we came to know that, by deploying the various base projects and Hyperledger tools, a number of projects are on the ground while others are at the developing stage.

Hyper ledger works on an “umbrella strategy” to support and incubate a highly diverse range of business Blockchain tools like smart contract engines, graphics interfaces, applications, and libraries. One of the special features of Hyperledger is that it encourages the reusability of building blocks to enable thencies and tokens while the project based on Hyperledger signifies the capability for non-monetary, and high scaling industrial applications of Blockchain technology.e renovation of components of a distributed ledger. Hyperledger tutorial clears that the majority of the Blockchain projects focus on cryptocurrency.