Table of Contents MTV T-shirt The Beatles Hard Rock CafeLed-ZeppelinPink FloydArticles You May Read Visitors have accessed this post 115 times. 4.9 / 5 ( 28 votes ) For most of us, music is not just sounds but a whole range of soul-stirring notes that express just about every humanly possible emotion. Most people hold music very […]

For most of us, music is not just sounds but a whole range of soul-stirring notes that express just about every humanly possible emotion. Most people hold music very close to their hearts, and it means completely different things to different people. Each one of us relates to an entirely different music band, artist, and company, which is why there’s a different t-shirt for each person. Music t-shirts are some of the most widely sought after custom t-shirts. Here we have five of the most iconic music t-shirts of all time!

MTV or Music Television is an American channel that focuses on music-related content. This channel is dedicated to all-things-music and caters to teenage and young adult audiences all over the globe. After its official launch in 1981, the channel grew in its appeal and has stayed in fashion even today. The popularity of this music channel is what makes for an iconic t-shirt.

This four-member band is one of the most iconic music bands of all time. They are part of a revolution in the history of music and have changed the way a whole generation views music. Comprising John Lennon, Paul McCartney, George Harrison and Ringo Starr, the influence the band has on music is unparalleled. This band from Liverpool founded in 1960 became the material for a lot of t-shirts in the subsequent years. Their song lyrics like “Yesterday, all my troubles seemed so far away / Now it looks as though they’re here to stay / Oh, I believe in yesterday” are amazing on T-shirts. The Beatles are eternally iconic, and so are their t-shirts.

Hard Rock Cafes are all over the world and if you travel around chances are that you’ve seen, and might have even been to one. They are best known for their music and their legendary burgers. Walk into a Hard Rock Cafe, and rock and roll memorabilia along with rock and roll music is what will welcome you. The yellow circle with the red letters logo is hard to not notice at first glance. The popularity that this chain of restaurants has, is inexplicable, which is what makes them so iconic. It is where every music lover goes to, and that makes their t-shirts a must-have.

Yet another English rock band from the ’60s, this four-member band is well-reputed among seasoned music lovers. Comprising the extremely talented Robert Plant, Jimmy Page, John Paul Jones, and John Bonham, this band has certainly made a place for itself in the industry. Led-Zeppelin T-shirts have always been in style. And now that the ’60s rock music is back trending, the demand for Led Zeppelin t-shirts is ever rising. Lyrics from their songs such as “The Stairway to Heaven” and “Kashmir” have always been custom t-shirt favorites.

The ’60s have seen some of the most iconic rock bands of all time, and Pink Floyd is one of them. The English band composed of David Gilmour, Roger Waters, Syd Barrett, Richard Wright, Nick Mason, and Bob Klose has a very special place in the evolution of English Rock Music. Pink Floyd are known for their experimentations with compositions, philosophy, and psychedelics and is nothing short of iconic. This band’s “Dark Side of the Moon” T-shirts are well sought after.

All of these t-shirts are iconic because they showcase yesteryears’ musical wonders. Bands like the Beatles, Pink Floyd, and Led-Zeppelin are timeless. Their music has influenced people over the generations and all over the world. There is something about their music that keeps them eternal and fresh in everyone’s hearts. It is this timelessness that makes these music bands and companies iconic. Being able to adorn a t-shirt with logos or lyrics from their masterpieces will always stay in style. The list that we have here are just a few examples. There are so many more musicians out there who touch people’s hearts and change their lives forever. Music is a powerful thing, each person connects to it differently. Being able to connect with an artist is what results in an iconic t-shirt. So go ahead, and spread the love for music further! 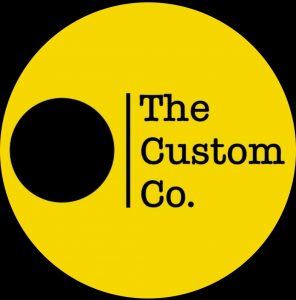