Blockchain technology came into notice when the cryptocurrency started to storm the financial markets. Distributed ledger or Blockchain technology follows the decentralized model which is creating breakthroughs not only in financial sectors but also in government agencies and private companies. Blockchain is like a digital file which records the data or transaction taking place on the network from send to receiver end. As the mentioned technology started to become a hype, many of the myths popped up the headlines. In this article let us try to clear the Blockchain confusion and try to find out the thin line between the reality and myths associated with technology. 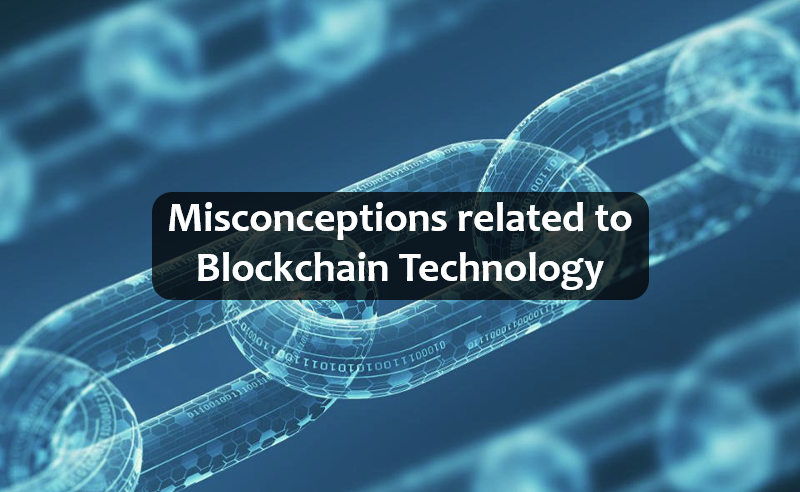 Blockchain Is Meant for Cryptocurrency ONLY!

Blockchain is considered as the storehouse of each transaction taking place between the people associated with that particular network. But, one must be clear with the fact that maintaining the distributed ledger is one of the functions not the only function of Blockchain technology. It is used in maintaining the network for the transaction, tracking the movement of the payments or the movement of goods from one place to another, and many more. Blockchain also allows the operations of smart contracts and DApps. And when integrated with technologies like Artificial Intelligence, Internet of Things, and many more, Blockchain can function differently, thereby accelerating the digital revolution.

Blockchains Is Public | Blockchain Is Private

Some of the people know that Blockchain is publicly available while others believe that Blockchains are private. Besides the debate Blockchain myth vs reality, there is blockchain confusion related to the availability of data. So, to clear out some of the confusion, it must be advocated that Blockchain can both be public and private, i.e. permissionless and permissioned depending on the team of developers who actually designed or owned it. Type of Blockchain depends on the usage and purpose of the deployment of technology in the network. For instance, if an online media house deploys Blockchain in their network, it may keep the Blockchain public which could be accessed to all without any permission. While on the other hand, if banking systems integrate the Blockchain with its system, then it might give access of confidential documents to some of the members associated with the network.

Blockchain technology is based on a consensus mechanism that validates and updates the block for every solution of a complex mathematical problem. Assuring the temper proof and highly secured network, Blockchain is a technology-based platform with different AOI tools. While on the other hand Cloud computing actually provides access to the technological components for better integration and operation. It is a highly centralized model on the contrary to the decentralized model of Blockchain technology. Thus, Blockchain and Cloud computing are completely different though both offer the facility for storage of data. Blockchain-based networks or services can be downloaded and worked upon while using other tools and cloud can be deployed for the storage of data at one commonplace (not physically but digitally!). Blockchain validates the existence of documents while cloud stores the validated data.

Blockchain is the distributed ledger technology that has the true potential to emerge as the solution for various challenges faced by industries. Blockchain assures the efficient database management, secured transaction while maintaining privacy and anonymity, and that too with minimal transaction cost and fees. Blockchain is also capable of disrupting the older business models while adopting the new ones. With the widespread need for digital technology, Blockchain is investigating the challenges of various sectors, both government and private, and trying to fulfill the requirements of the stakeholders of a particular industry. The future predictions of Blockchain technology tend to incline towards the positive paradigm of digital revolution not only in the sector of finance but also in healthcare, supply chain management, logistics, automotive industry, entertainment sector, and all other newly evolved sectors.

Thus, it can be concluded that this article aims at resolving Blockchain confusion, busting out the myths related to the functioning of technology, equating it with Bitcoins, issues related to accessibility, and limited availability to fintech companies. I hope this article had aid you in understanding the Blockchain or distributed ledger technology is much crisper way and had unveiled the truths related to it. Bursting the myths won’t only allow you to understand the technology but also makes you realize the real potential of one of the infant development in the present digital era.