Table of Contents What is Central Bank Digital Currency (CBDC)?Central Bank Digital Currency And The Future Of Monetary Policy | Benefits of CBDCProjects Related To CBDCsSumming UpArticles You May Read Visitors have accessed this post 136 times. Rate this post Not only electronic devices and high-speed digital networks are storming the financial space, but digital […]

Not only electronic devices and high-speed digital networks are storming the financial space, but digital currency is also coming into picture for the banking and financial sector. Central banks like the People’s Bank of China, Bank of Canada, Bank of England, and many more are considering the possibilities to introduce sovereign digital currencies in their country. Some of the countries have accelerated the decision-making process while others are experimenting with technical specifications before the launch of Central Bank Digital Currency (CBDC). So, do you know about CBDC? CBDC is the digital currency that is meant to be fixed in nominal terms having universal accessibility with the validity of legal tender for both public and private transactions. In this article, we will learn about the Central Bank Digital Currency and the future of monetary policy.

CBDC or Central Bank Digital Currency is a form of currency based on Blockchain technology but meant to be directly issued by central banks or institutions of the country for both supplementing paper currency and to give competition to cryptocurrencies like Bitcoin. CBDC has the potential to transform the banking sector by being the part of monetary policy, impacting the speed of transactions, better management of databases, and everything from reaching the unbanked population to seamless cross border transactions.

The concept of CBDC was first mentioned in news related to “Central Bank Digital Currency Bank of England” in 2015 when the Central Bank of England focussed on the need for digital currency. Let us try to find out some of the characteristics which make the CBDC different from both fiat currency and cryptocurrency. 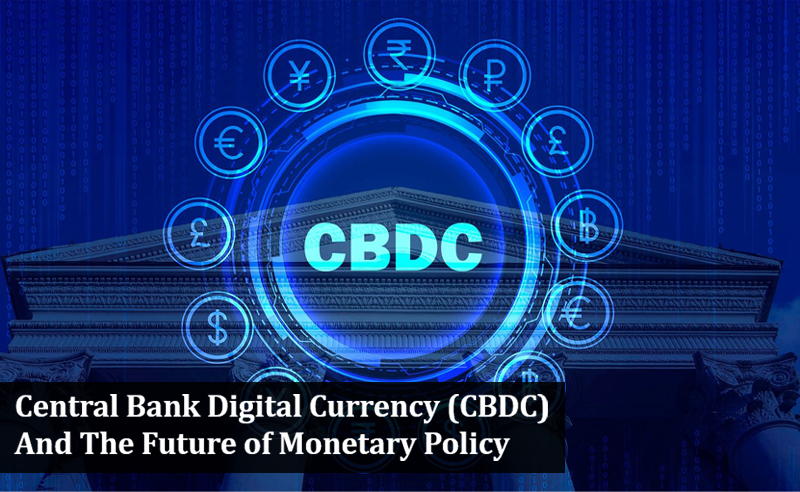 As per the Central Bank Digital Currency IMF report, the introduction of CBDC has the potential to secure the settlement of cross-border financial transactions in less time and cost. Central authorities and institutions are exploring the opportunities to implement CBDCs in their systems or potential of Central Bank Digital Currency and the future of monetary policy due to the following reasons : 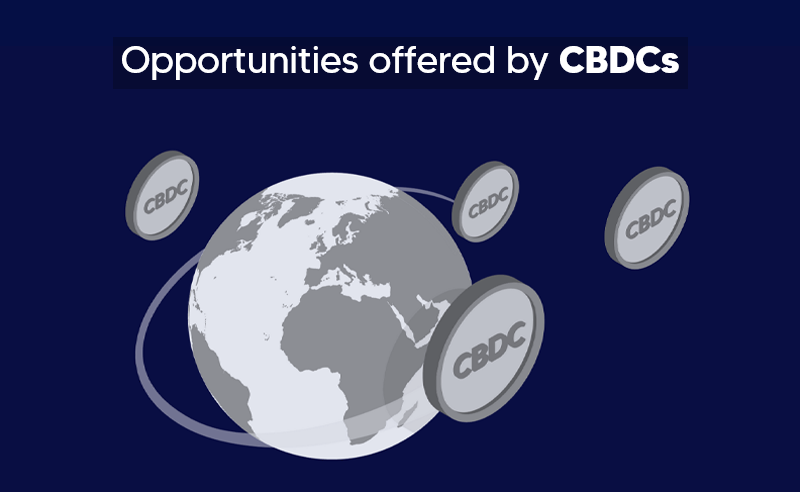 The implication of CBDCs by any country does not follow the easy procedure due to the number of political, digital, and economical challenges. But some of the countries outweigh the risks with opportunities, favoring the strong central bank system with less regulation and facilitating the citizens of the country as per the latest CBDC news.

Blockchain technology-based Central Bank digital Currency assures the better architecture for a secure payment system with no intermediary point of failure while maintaining the integrity of the banking system of the country. CBDCs under the robust governance frameworks can be the new future for the medium of exchange. Central Bank Digital Currency and the future of monetary policy not only hold the seamless connectivity between common people, companies, and financial institutions but also includes the monetary sovereignty and macroeconomic stability of the system.